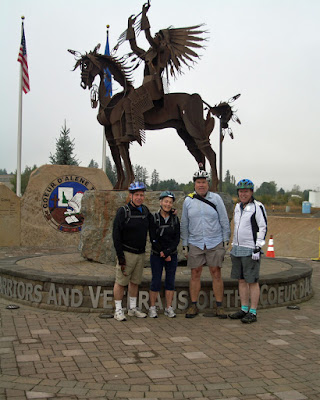 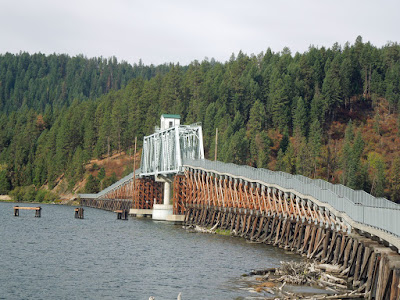 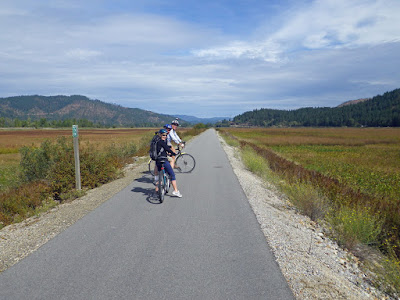 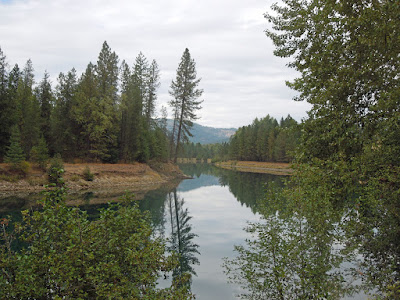 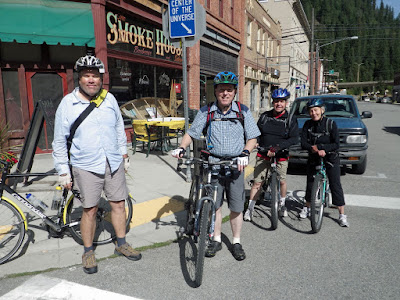 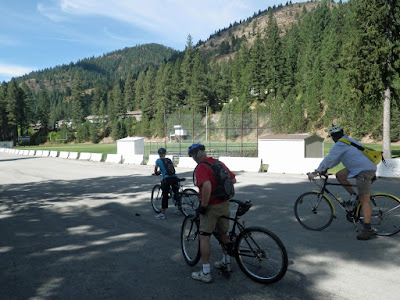 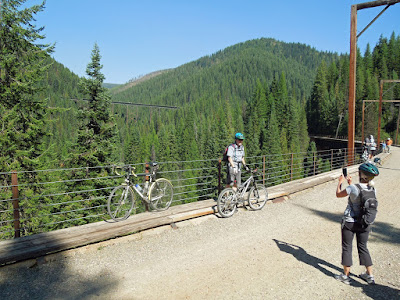 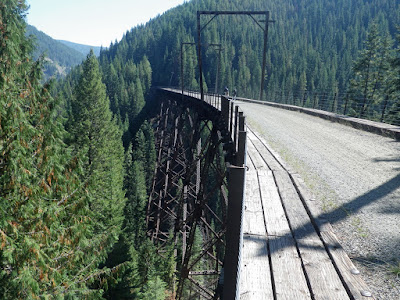 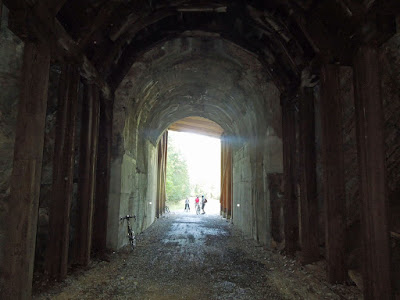 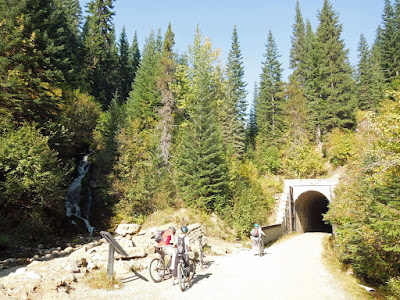 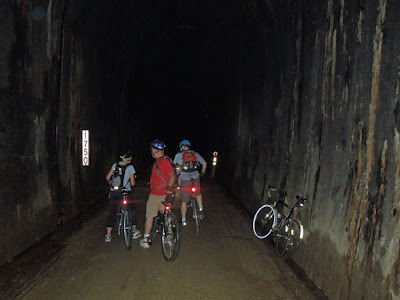 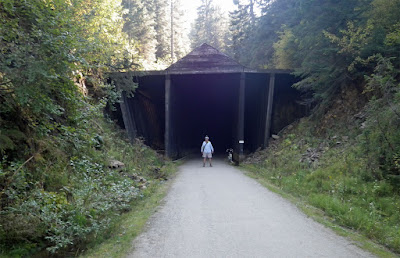 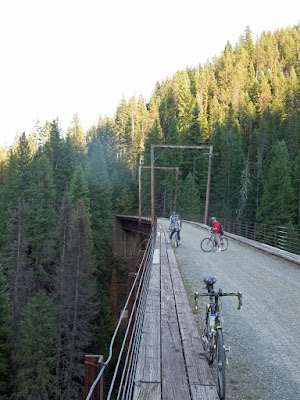 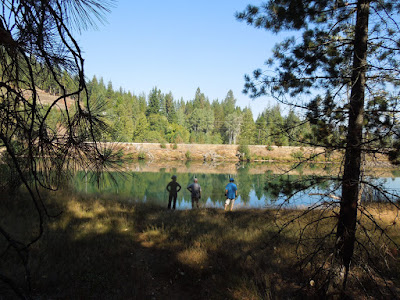 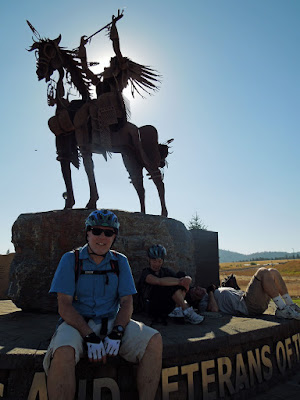 Other September happenings... 2015 became my 29th consecutive year riding 4000+ miles.  And this month marks 18 years since I last drove a car to work.  The pressure's on!  I can't let either streak slip away now.
Posted by Bikeboy at 10:47 PM

Looks like a nice trip. Did you have a sag-wagon to haul your gear?

I am doing a trip this weekend from Grangeville to Riggins on the Grangeville-Salmon River road up on top bordering the Gossip Hump Wilderness.

We were luxuriously appointed with TWO vehicles! So we drove one to the campground in Pinehurst and parked it there, and our gear was waiting when we got there. And, we used that same vehicle to drive down to do the Hiawatha. (We took two vehicles because Larry and Linda were headed for the Seattle area after the ride.)

We also had the use of that vehicle to drive for dinner, etc. I enjoyed the irony... riding bicycles to our destination and then using the motor vehicle to poke around in the immediate vicinity of camp! (-;