I happened across a rather interesting brief history of the bicycle, as presented on the CNN website.

"From Boneshaker to BMX: 150 years of the bicycle."

It has some awesome photo illustrations, particularly from early on.  In fact, I wonder if maybe some of them weren't staged in modern times.  (The 1817 Draisine - did they even have cameras in 1817?)  It appropriately points out how many innovations came about in the late 1800s, when bicycles were the leading edge of personal transportation. 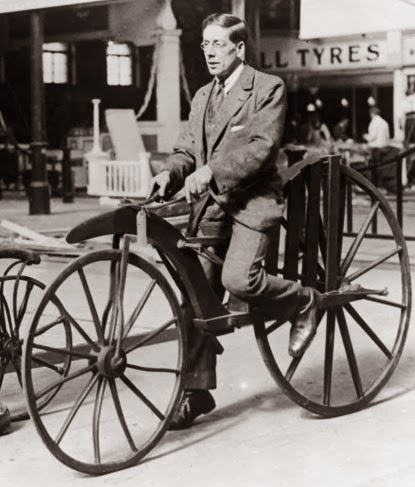 (On a personal level, not a lot to report, or to get all excited about.  We've had a particularly dreary January this year - with the sun rarely even making an appearance, and temperatures lingering below freezing.  Hardly ideal for encouraging Bicycle Joy!  But the pavement is dry, and I have ridden each day so far this winter... and warmer days are just around the corner!)
Posted by Bikeboy at 8:13 PM No comments: 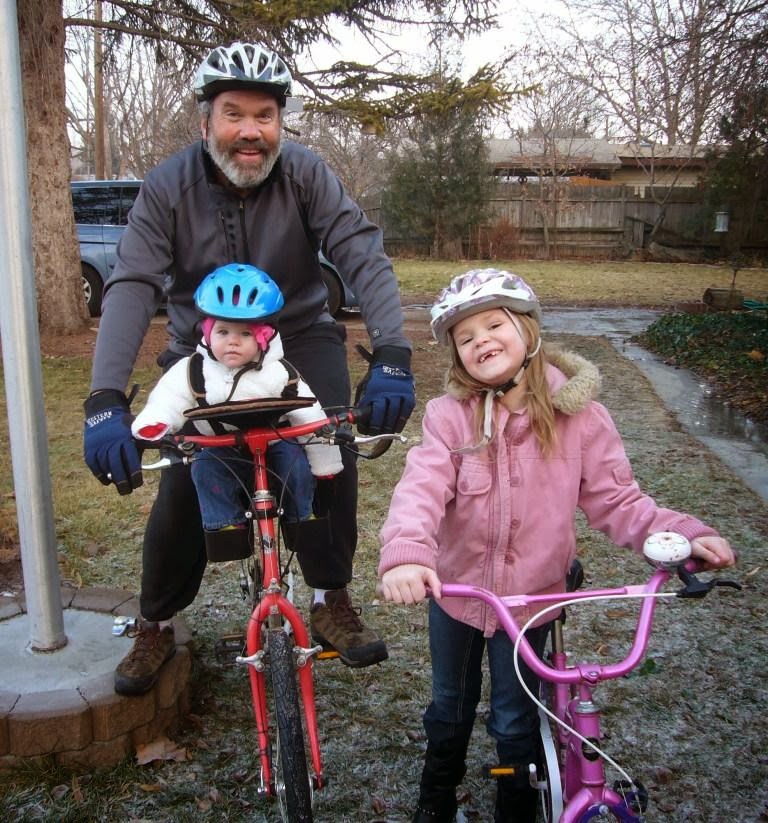 I love my righteous tunes. Starting with The Doors - Waiting For the Sun, released in '68 when I was 15, I accumulated 300-odd record albums over the next 20-odd years. I bought a CD player in '85 - they were expensive back then! And I started my collection of 800-odd CDs by purchasing the Cincinatti Symphony / Kunzel version of the 1812 Overture (Warning: Digital Cannons!), and Dire Straits' just-released Brothers in Arms. My tastes are eclectic - the collection runs from Abba to Z.Z. Top. And from Luciano Pavarotti to the Ramones. (Actually my wife and daughters swiped the Abba CD, and I never bothered to replace it. If they swiped the Z.Z. Top, there would be hell to pay!)

When I served as an LDS missionary in 1974-75 in Uruguay, I took a cassette player (a predecessor to the "Walkman," with stereo playback thru headphones) and 60-odd cassette tapes. Six days of the week, I was forbidden from listening, but on the seventh day I rested and listened. (Usually in the gym while the other missionaries played hoops.) Nowadays, missionaries are discouraged from listening to anything but "sacred" music, as it can change one's attitude. (I don't deny that... music is powerful stuff that we don't fully understand.)

I don't know if my love for music is tapering, but I don't find myself gravitating to it as often as I did, say 20 years ago. It's been several years since my teenagers hollered at me, "Will you turn that noise down?!!?" (Ha!) But I'm sure I still listen to several hours a week.

I know I don't buy nearly as many CDs as I once did. There's not that much "new" music that compels me. (I'm glad I'm not a teenager in 2014!) Santa did leave Led Zeppelin's Celebration Day double-CD and blu-ray (!) under the tree. Sah-WEEET! I've purchased some MP3-only music, and find some stuff on YouTube.

Now and then, when I'm bicycling in light or non-motorized traffic, I'll don the earplugs and listen to a side or two. And it's always enjoyable. But it's not compelling enough to make me surrender my ability to hear my surroundings ("situational awareness"), when I'm in heavier traffic. (Previous commentary HERE.) But increasingly, there are alternatives to earplugs.

The Outdoor Tech OT Buckshot is a wireless speaker that you connect to your handlebars. Review HERE.

And if you want something with more "oomph" that can really annoy the folks who don't have the same tastes in music as you do, you might opt for the BikeBeatz - a gizmo that attaches to your rear rack, has 240 watts and two 6x9 speakers.

I hope our new year finds you healthy and happy.

I'm starting the year off with a cold. Went to bed at 9pm New Year's Eve, and again last night. (But it'll get better.) In between the two early bedtimes, I couldn't resist the sun, the blue sky, and the dry pavement - went riding. 25 motorcycle miles. And 10 bicycle miles (riding to and from Mom's place, where we watched a football game together). While motorcycling, I bet I passed 50 bicyclists, who were obviously out for their New Year's club ride. Good for them!

Newsworthy (?) - California has passed a statewide "3 feet to pass law." You are now required by law to give a cyclist at least 3 feet of space as you pass. In theory, that sounds commendable. But in practice, it's impractical. First of all, as Clancy has pointed out, it's not enforceable (unless somebody in a car hits somebody on a bicycle, or the cyclist has a video camera). We don't all have yardsticks. For another thing... if somebody passes at 20mph and gives you 3 feet of berth, that's good. At 65mph, that would be scary! If it makes people aware, I guess that's a good thing.

The IRS actually decreased the motor vehicle mileage rate for 2014! Has that ever happened before?? Last year they said it cost 56.5 cents per mile to drive a car; this year it's 56 cents.

In Colorado, you can now buy recreational reefer. And apparently after day 1, the demand is high (pun intended)... which has caused prices to skyrocket. (I saw where reefer that was selling for $25 - to medical recipients - in 2013 is now selling for $70.) I suspect as the novelty wears off, the demand will level off as well, and supply will increase.

In Oregon, new mothers can now legally take their placenta home from the hospital. "Why?" you ask. Well, DUH... to eat it! Admittedly, I've never been a mother, but to me that just seems totally creepy and grotesque!
Posted by Bikeboy at 11:03 AM No comments: