(In the past 14 years, I've bought several "beater" bikes on the Craigslist ranging from $5 to $60 or so.  And in 2009 my insurance replaced a stolen bike with a spankin' new one after I paid my $500 deductible.  If I had a do-over, I woulda bit the bullet and covered the loss myself; they raised my rates, so I paid for it anyway.  And three years or so later, that spankin' new one developed a crack in the frame, and it was covered by the manufacturer warranty.  But this is the first new bicycle I've bought for myself since 2001 or so.)

If you visit my blog regularly (thank you!), you already know - it's an (REI) Novara Gotham.  And, the compelling attraction is the drivetrain... I've been wanting to give the belt drive and NuVinci CV rear hub a good workout.  And - I bought it during the spring "members 20% off one full-priced item" sale. 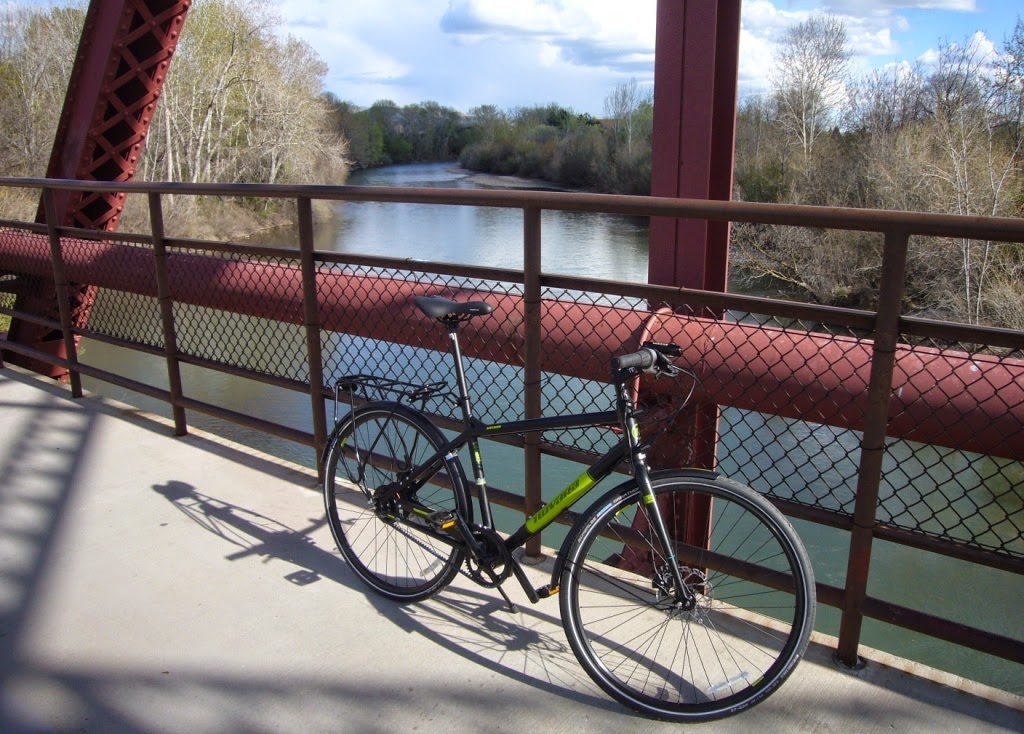 QUIET!  When coasting, there's a very subdued clickety-click of the freewheel.  But the belt makes no noise, and the gears / hub are totally quiet in their operation.

Overall, the finish quality of the bike is pretty good - about what I expected.  Better than a department store bike by a long shot, but not as flawless as a high-end LBS bicycle.  (The main color is "stealth" matte black... maybe to go along with the quiet ride...)

The disc brakes are pretty nice, but I probably would've chosen cable-operated rather than hydraulic, as a matter of simplicity.  Hopefully the hydraulics will prove to be completely trouble free, but for the occasional pad replacement.

Riding Position:  It's designed to be an "upright/hybrid" type position, but the seat post is too short for me!  I rode it home from the store; as I took it out the door I moved the seat up 3 inches or so, then along the route I moved it up 2 or 3 more times.  At this point, I'm about an inch higher than the recommended highest point, and a fella at REI is trying to round up a replacement seat post.  Moving the seat up turns it back into a riding position that's pitched forward a bit... I could replace the handlebar stem, but I think it'll be good - I like being able to distribute some weight onto my arms, and that's what I'm used to.  So no steering changes are planned at this time. 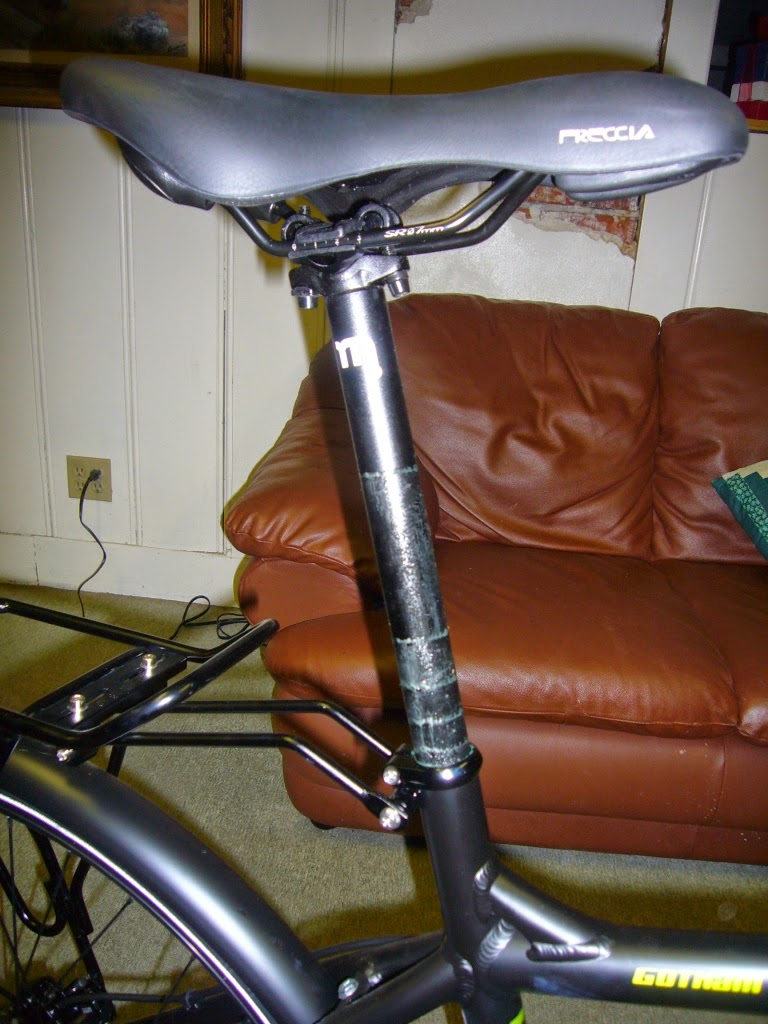 REI's setup wasn't particularly stellar.  It has aluminum fenders, and neither front or back was precisely oriented with the tire... the front fender was off enough that it occasionally rubbed against the tire on one side.  (Am I being nit-picky?  Could be.  If I were a professional bike mechanic assigned to set up bikes, I'd take an extra 10 minutes and try to make everything just right... seems like it would pay off in a very happy, satisfied, impressed customer.)

I got some "BOB Nutz," intending to set it up for pulling the BOB trailer.  But alas, that's still a work in progress.  The NuVinci hub and belt, it turns out, is probably 15mm or so wider than typical mountain or touring-bike spacing.  If I want to pull the trailer, I may have to modify the trailer... we'll see.  Not urgent at this point.

I switched to the Brooks saddle, and installed a Cateye bike computer (not the one with calories and carbon offset, however).  I expect I'll install a bottle cage, pump, and emergency bag on it, but those are the only custom features I intend to add.  (It comes with lights front and rear.  The front is rechargeable with a micro-USB cable.)

REI recommends bringing it in for a "warranty tune-up" after 20 hours or 6 months, whichever comes first.  Hahahahahaha!  20 hours in 6 months?  I'll probably click 20 hours by mid-April.

I intend to add more subjective impressions as I accumulate those miles and months.
Posted by Bikeboy at 12:37 PM

Very cool. Did you get an XL frame? I have Hyrdraulic disc on my MTB and I really like them for riding in the foothills compared to cable (tested both on the same ride). I may need to meet you for a test ride.