I heard the guy on the radio this morning, announcing that today is Bicycle Day. First time I'd heard of it. Cool! To celebrate, I rode my bike to work. (For the record, I've ridden my bike to work, every work day for several years. But I did ride today, as well.)

I had to research this Bicycle Day. And, it's rather interesting.

On April 19, 1943, Swiss chemist Albert Hoffmann self-"medicated" himself with the first-ever dose of LSD. "So, what does that have to do with a bicycle?" you ask. Turns out that on that date, WWII was raging and there were restrictions on motor vehicle use. As Hoffmann rode home on his bicycle, the drug started taking effect. More info HERE. (NOTE: It's not a good idea to ride a bike under the influence. If you make that choice, exercise caution and stay out of traffic!)

Bicycle Day is beautiful in Boise this year! (On a day like this, I believe Boise never is more beautiful than in the springtime. But then autumn rolls around, and my perception changes.) The water is high this year. Routes along the river bottoms are compromised in several places. (Imagine the outcry if motor-traffic roads went underwater for a few weeks!)

My bicycling has generally been very positive lately. (I've been bicycling more than blogging... maybe I'm runnin' out of stuff to say.) I just put some new Vittoria Randonneurs on the bike, both front and back. On a less-positive note... I'm obviously too fat to ride a bike; I just broke my Brooks Imperial saddle. Fortunately it has a 2-year warranty, and an exchange was arranged and implemented. But it's disappointing. (I've enjoyed the Brooks for about 16 months... but after extensively sampling both, the Selle Anatomica is indeed more comfortable. It, too, has proven vulnerable to my massive gluteus maximus, however.)

While on the topic of important dates... don't forget! Earth Day is coming up this Friday! Be part of the solution... not part of the problem! 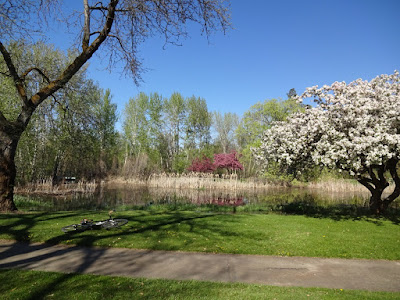 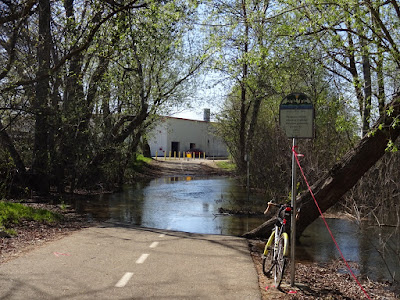 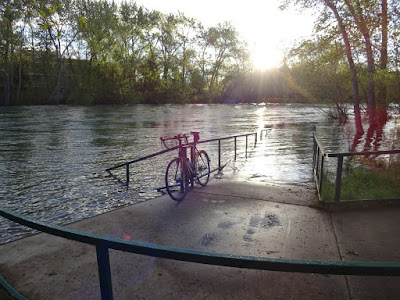 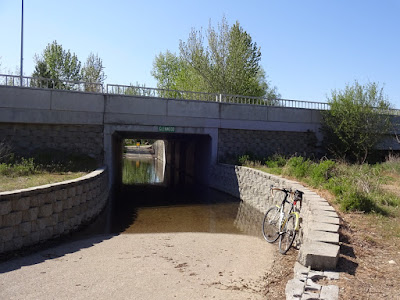 My brother broke his B17 and not sure weight was a factor. He determined the VO seatpost had too short of clamps. Other had reported broken Brooks rails when using the VO seaptpost. You might measure your integrated clamp vs some other common ones out there. Or you could learn to repair leather saddles.