What better way to celebrate Boise Bike Week, than to do a hardware upgrade?

Mackenzie could've probably made it through one more summer on her 20-inch bike.  But I swear, I've had to adjust the seatpost up another half-inch every month or so.  She's growing!  It was just about maximum-extended.  So, I've been casually watching the Craigslist for a decent 24-inch bike.

Lots of department-store throw-away 24-inchers, and the bike-shop models have all been going for a premium price.  But patience paid off, and I found a nice little Kona "Hula" in pink and white.  If Mackie had spec'd it out herself, that's what she would've wanted.  And, it's been owned by a bike-riding family, meticulously maintained, and stored indoors.

We took it on a quick around-the park on Night One.  Tonight we gave it a better workout - Mackie put 7 miles or so on it, and was rewarded with a refreshing root beer float. 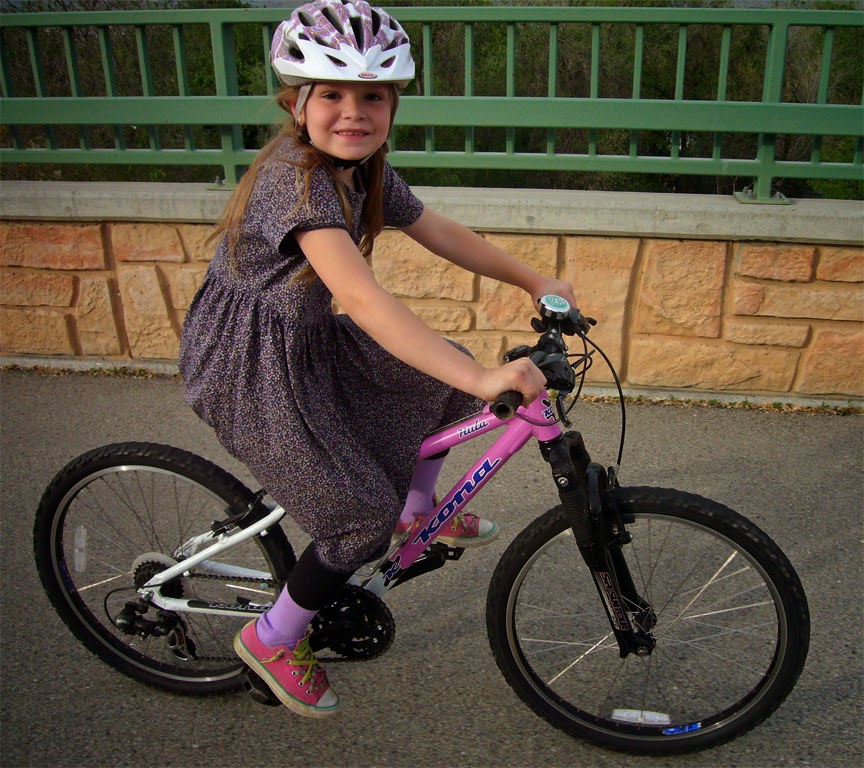 She declares, "I love this bike!"  I'm guessing it will serve her nicely for next three summers, at which point she'll be ready for a grown-up size bike.

We'll be riding in the Pedal Power Parade, along with Baby Bonnie.  Hope you can make it!
Posted by Bikeboy at 9:00 PM