A month 'til spring fever

You can feel it in the air.  Here it is early February, and the forecast of rain was way off!  We had sunshine and temperatures in the 60s - on a Saturday!  Woo-hoo!  I took advantage of the nice conditions and did a mid-winter drivetrain overhaul on the #1 bike.

My son told me his bike was making a "crunching" sound and the chain wouldn't stay on... I but told him to bring it over for a diagnosis (expecting perhaps bottom-bracket destruction).  His chain was totally rusted up!  He parks it underneath a balcony, but apparently it isn't adequate to stop the precipitation.  I did my best to loosen up his chain... gave it the WD-40 treatment, and a good lube afterwards... improved things immeasurably.  (But I also advised him he probably ought to replace that chain... and put a tarp over his bike, if it has to be outdoors.)

Then this afternoon I grabbed my granddaughter for a little riding on the Greenbelt.  She'll be 2 later this month and has just about outgrown the baby seat... maybe we can still squeeze her in for some summer riding.  Our rides are observations of wildlife, and singing.  (She always has the "great stone face" for the camera, but believe me... she's happier than she looks here!) 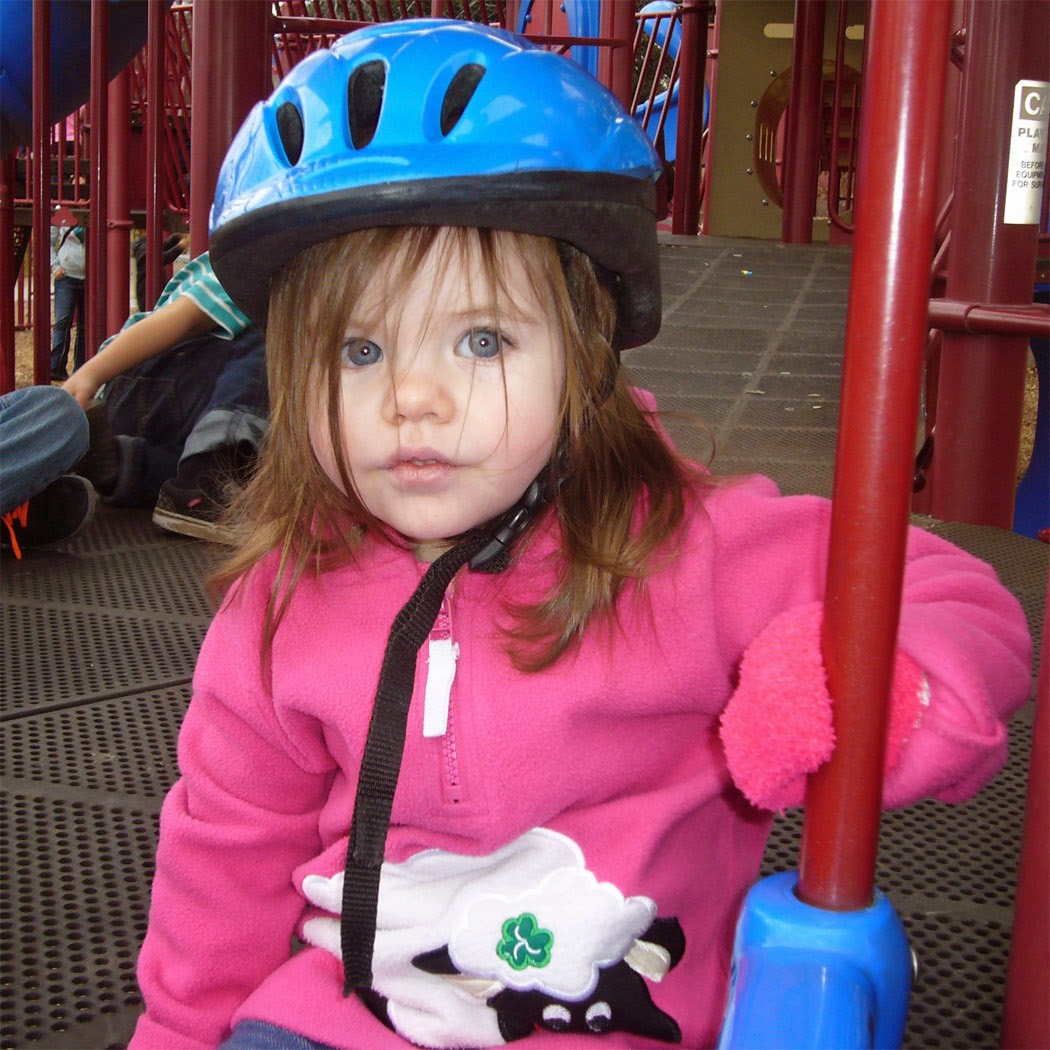 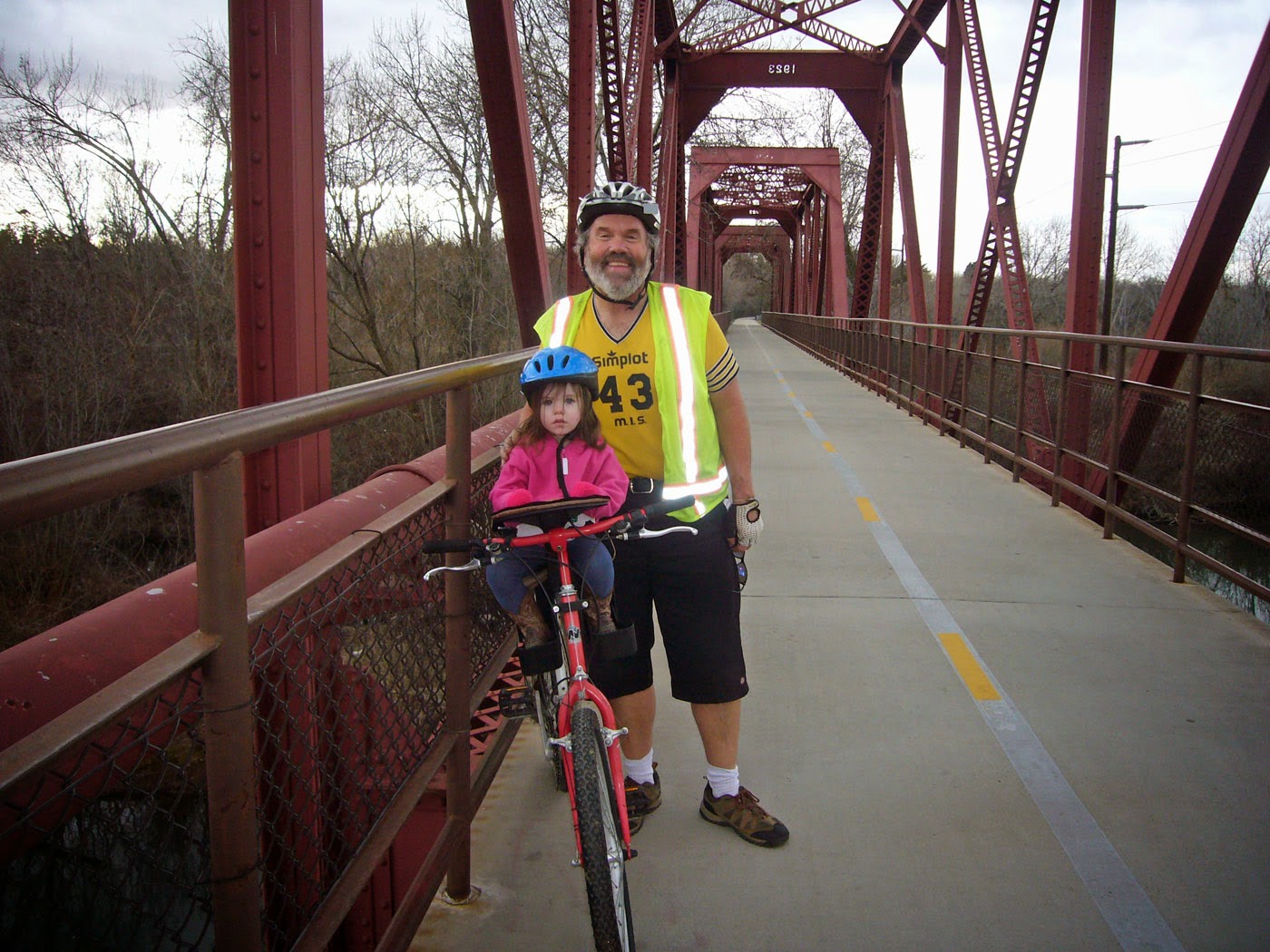