Outside Magazine has named Boise the best town in their 2010 list.

Obviously they are outdoors-oriented, and pointed out the easy access from Boise to 'most every outdoor-type pastime except "ocean" stuff. We have cycling, and whitewater, and hiking, climbing, skiing, etc.

Some would say the exposure is good. Good for what?

Unfortunately, IMO, such publicity pushes us in the wrong direction. Just last weekend I motorcycled up to McCall, and all along the way I was seeing places jammed with cars and visitors, that used to be empty, or mostly empty, when I was a kid. The thing about the "outdoors" is, there's only so much of it, and they're not makin' any more. The more people are occupying it, the smaller a slice for each occupier. (Yeah, I know... I'm just selfish. But on the other hand... I was born here; I didn't arrive seeking outdoor adventure.)

(I don't subscribe to Outside, but for some reason I get it each month. All I can figure is, they got my name from somebody I've bought gear from. It seems ironic to me that they're scolds - they scold their readers for their high-carbon, resource-consumin', big-footprint ways. And in between the scolds are ads for cars and SUVs, and articles about adventure destinations halfway around the world. Am I missing something?)
Posted by Bikeboy at 1:31 PM No comments:

I've had some sort of stomach bug for the last 4 or 5 days. I've not been "down," but I've been a little "out." I'd blame it on the hot weather, except that other family members were describing similar symptoms a day or two earlier; I likely inherited a bug from them.

Today, it was gone! I went on an afternoon bike ride in the 90-degree weather and felt like a weight had been lifted! I rode furiously into the hot headwind with boundless energy! My cooling system - augmented with

plenty of water along the route - functioned flawlessly! I was at the top of my game! (For an old, fat guy, of course...)

By contrast, my friend Dan Foreman was laid to rest last week.

Dan was probably 8 years younger than me, but looked older. For years, he had dealt with the symptoms of severe diabetes, which he inherited. He walked with a cane and a prosthetic leg from the knee on down. When he was home, he'd go wheelchair, instead. Nothing of a physical nature was easy for Dan. Ride a bike? Fuggeddaboudit!

Dan made the most of his situation. He was seemingly always cheerful; I never heard him complain about his plight. A great example.

Perhaps it's a blessing to occasionally deal with illness. Sometimes we "don't know what we've got, 'til it's gone."

May I always recognize what a blessing it is, to have excellent health. To have the ability to get on my bike and ride 20 or 30 or more miles. Lots of folks can't do that.

(Disclaimer: That's a photo of Charles Atlas, not me. Although we look enough alike to be identical twins! haha)
Posted by Bikeboy at 4:48 PM No comments:

The superhighways are intended to "encourage bike commuting and improve safety for bicyclists on the road." Just between you and me... they might as well just call 'em bike lanes. They are bike lanes, 1.5 meters (5 feet) wide, painted bright blue. But "bicycle superhighway" sounds pretty impressive.

They are partly in response to the 13 cyclists killed in 2009. However, in a city of 7.5 million, that compares quite favorably with Boise - we tragically had 3 fatalities that same year. We've fared better this year, at least so far. There have been accidents and injuries, but no fatalities so far... at least not that I've heard of.
Posted by Bikeboy at 3:58 PM 1 comment:

A cyclist, apparently with earbuds jammed in, rode in front of a moving TRAX commuter train in Salt Lake City. He died enroute to the hospital. Story HERE.

The poor conductor - he saw the guy and sounded the horn. But you can't bring a train to an instant stop.

Cyclists who listen to the earbuds should sit up and take note. Are you sure you can safely surrender your sense of hearing? It would have to be some righteous tunes, to be worth losing your life over!
Posted by Bikeboy at 11:00 AM 4 comments:

Some posters from a bygone era when conserving energy was generally viewed as a patriotic thing... 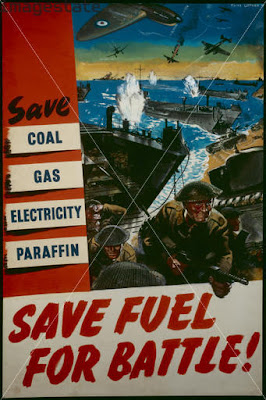 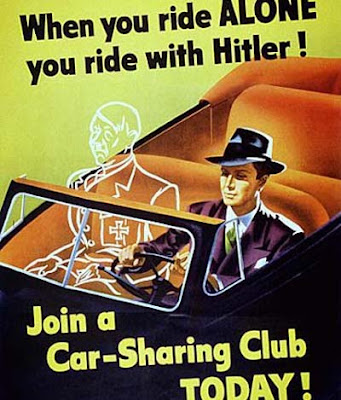 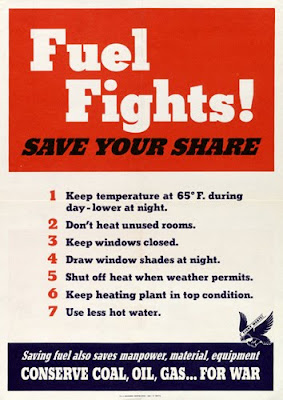 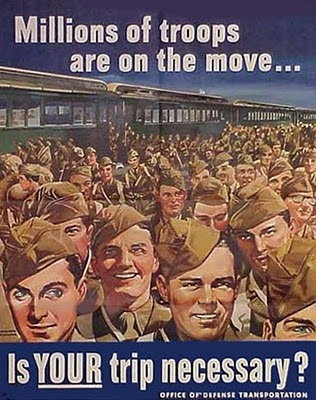 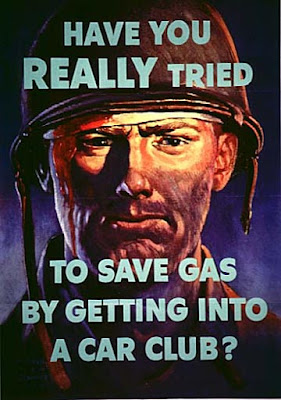 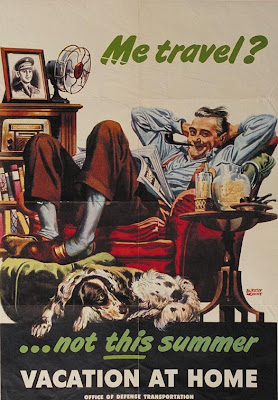 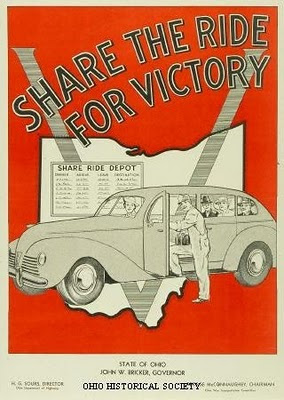 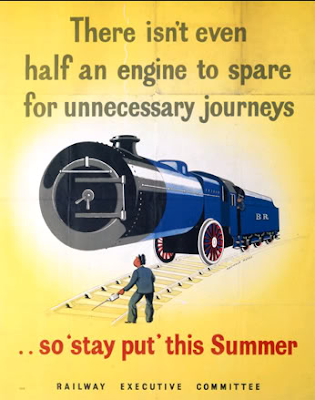 Times have changed! In the 70s, Jimmy Carter suggested that people turn down the thermostat in the winter and up in the summer - and take the stairs instead of the elevator. Oh, the indignant protests that followed! WHAT?!!? Deliberately inconvenience ourselves, or discomfort ourselves?
Posted by Bikeboy at 9:14 AM 5 comments:

Some of you may be old enough to remember the first "fuel crisis" - back in the early-to-mid 70s. I observed it mostly from a distance - I was on an LDS mission in Uruguay, where gas was already wicked expensive.

Richard Nixon was president as the crisis unfolded. He declared, "Let this be our national goal: At the end of this decade, in the year 1980, the United States will not be dependent on any other country for the energy we need to provide our jobs, to heat our homes, and to keep our transportation moving."

How did we do?

Every president since Nixon, except for Ronald Reagan, strongly supported the notion of energy independence. (Reagan was more of a free-market guy. Let the supply-demand thing run its course.)

And of course, you'll not find a more patriotic group than those flag-waving, baseball-playing, apple-pie-eating guys who drive great big ol' pickup trucks! Red necks, white socks, and Blue Ribbon Beer! Of course, they conveniently ignore the reality of the terrorist fuel they are burning in their Dodge-Fiat Rams, and Bankrupt-Chevy Silverados. (Yeah, I shouldn't always pick on the pickup guys, and it's unfair to stereotype... but enough of 'em fit the stereotype that it's not entirely unfair.) Roll on!

I don't consciously ride a bicycle out of loyalty to my country. Contributing to energy independence is a beneficial byproduct of our transportation choice.

Of course, bicycling is "independent" at a very personal level, as well. In this country we are free to surrender hard-earned dollars - a meaningful percentage of them - to the oil companies, in exchange for easy transportation. Or we are free to work a little harder to get to Point B, and keep those American dollars in our American bank accounts.

(Previous commentary HERE.)
Posted by Bikeboy at 9:24 AM No comments: