The commercial features hamsters in treadmills... a metaphor, of course, for all those folks who are stuck in the rat-race in common, ordinary vehicles. Except, of course, for the stylin' hamsters drivin' their new little Kia.

From the saddle of my bike, the commercial is spot on, in its portrayal of the rat-race and all those poor hamsters, who are probably not even aware that they're part of it.

But - is the Kia car distinctive enough to somehow liberate the hamsters from the treadmills? Again, from the bike saddle... I'm just not seein' it. 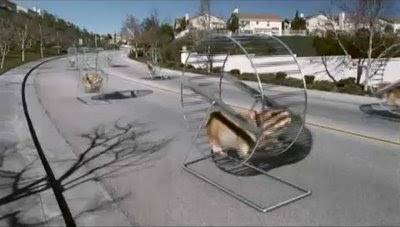 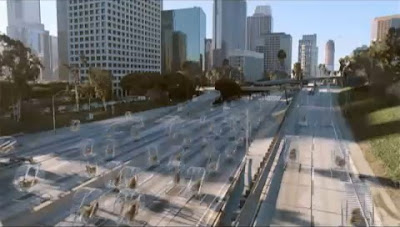 MILESTONE! This is the 400th post to BikeNazi.
Posted by Bikeboy at 8:48 PM

Doesn't matter how shiny the new wheel is, they're still just hamsters running in circles.