In the early afternoon I started asking granddaughter Mackie if she'd like to ride in the Pedal Power Parade, which she's done probably 5 times in her 8 years.  She hesitated and said, "I don't know."  Which means "no," unfortunately.  Now that she has to provide her own power on her own bike, it's not as easy as back in the Glory Days, when she was in trailer or on tag-a-long.  Her choice.  Hopefully something will make her see the value of regular voluntary exercise.  (Half-price shakes on warm summer evenings are usually more compelling.)

Anyhow... I put on my "CARS SUCK" T-shirt (that I bought from the Aerostich motorcycle people), and Bonnie and I headed for City Hall about a half-hour before start time.

The crowd was smaller than in years past, mostly on account of the unsettled weather, but those who took the gamble were well-rewarded.  Nary a drop of rain, and lots of enthusiasm.

As we rode, I enjoyed a couple of good conversations about cycling in Boise - with Lisa Brady, president of the Treasure Valley Cycling Alliance (our most effective advocacy group, and a primary organizer of Boise Bike Week), and with city councilwoman Elaine Clegg.  Both are enthusiastic practitioners and advocates.

I also had several people accuse me of being the Bike Nazi... and tell me they read the blog regularly.  What a gratifying thing!  I thank them.  It's great to occasionally hear from others who share my opinion... that there's no better place to ride a bike than right here in the Boise area. 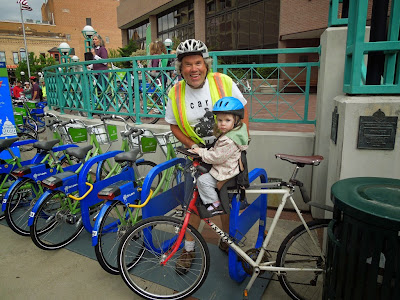 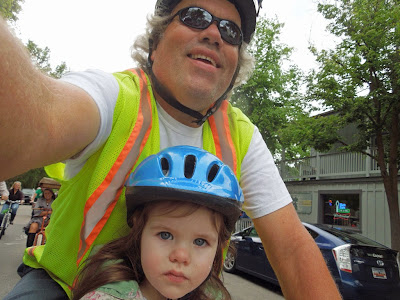 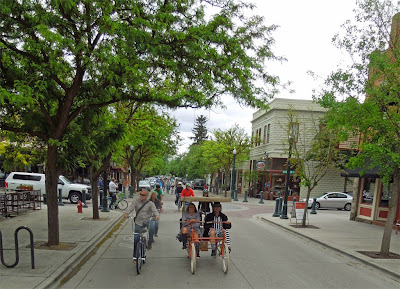 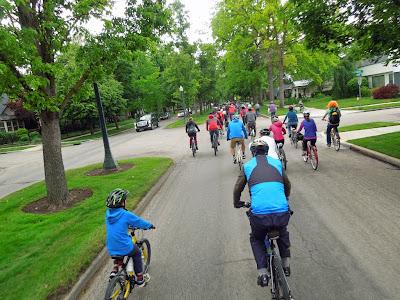 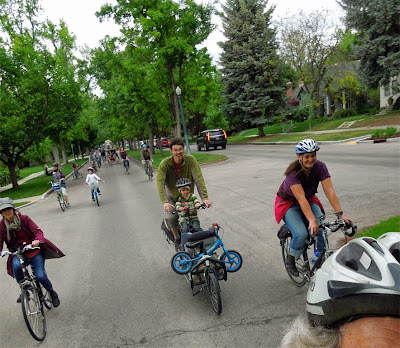 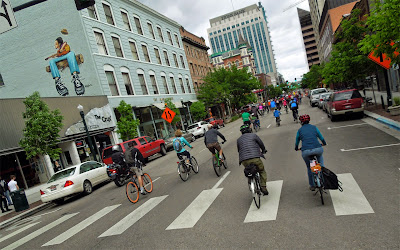 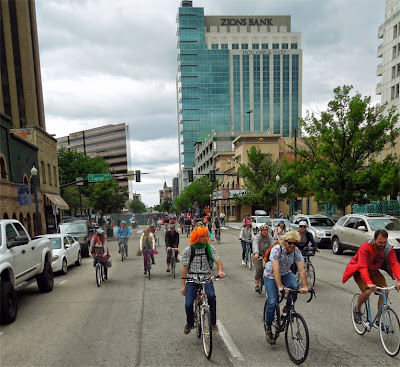 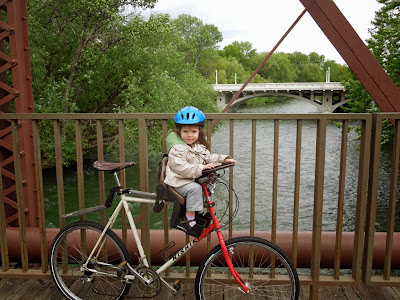 We must of missed you as we were on the other side of the plaza. We did see a fender bender from an impatient lady who could not wait for the parade. She floored the accelerator in reverse and hit the car behind her.