Passing of another GREENBELT Pioneer

A friend, Crystal, who lives in Grand Junction, CO, brought this to my attention.

Gay Hammer was the original project coordinator for the Boise River Greenbelt.  Her obituary calls it "the adventure of her lifetime."  Her obituary can be read HERE.  I wasn't familiar with her name, but I honor and admire her for the work she did.  Surely she must've been friends with Bill Onweiller, the city councilman who was one of the visionaries. 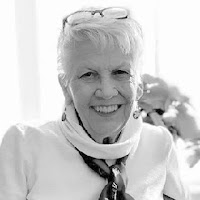 From her obituary: "Gay fondly told the story of the Greenbelt committee's first, harrowing effort to buy land along the river. As they surveyed the area, Gay and her cohort were confronted at gunpoint by an angry landowner, who swore there would never be a greenbelt on his land. Ultimately, that stretch of land became the first part of a 25-mile long pedestrian and bike pathway along the Boise River. Gay was pleased to attend the 50th Anniversary of the Greenbelt project in 2019, and was recognized as one of the founding pioneers..."

As a lifelong resident of Boise, and a long-time cyclist, I've been around to observe the entire life history of the Greenbelt.  Before there was a Greenbelt, my buddies and I floated down the Boise River on tubes... the shoreline was pretty "dicey" in most places on account of old rusty cars, slabs of concrete and asphalt, scrap metal, 55-gallon drums, and pretty much everything else.

It's hard to imagine now, at least in the USA, but rivers and streams were once thought of as waste repositories.  (Send your detritus on downstream, where somebody else can deal with it...)  The land along the river was deemed worthless.  People lived on higher ground, and the river bottoms were the home of sawmills, junk yards, gravel pits, slaughterhouses, etc.  (Yeah... I'm talking about the Boise River.)

Thankfully, Bill Onweiller and Gay Hammer and other like-minded citizens elevated our view, and paved the way (literally!) for the "crown jewel" we now enjoy.

If you are interested, there's quite an interesting "promo video" for the Greenbelt that has somehow survived the years.  It's mostly grainy old footage - much of his shot from a helicopter above - showing the Greenbelt route, before there was a Greenbelt.  "Today, that [Boise] river meanders through a city of over seventy-five thousand!" (1970 - I was 16 at the time.)  Definitely worth watching.