We need a bike-riding president!

Can our president ride a bike? Competently?

George W. Bush attracted plenty of detractors and criticism, but he set the bar for bike-riding presidents. His Secret Service guys were frequently huffin' and puffin' to keep up. He even flew out to Idaho and rode at the Tamarack Resort. (Sadly, because of security issues, it's unlikely we'll ever have a bike-commuting president.) 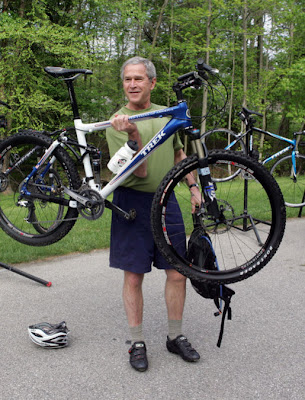 President Obama has proven that he can at least keep his bike upright. He has been seen occasionally riding a "comfort bike," most often with his family. Nothin' wrong with that. 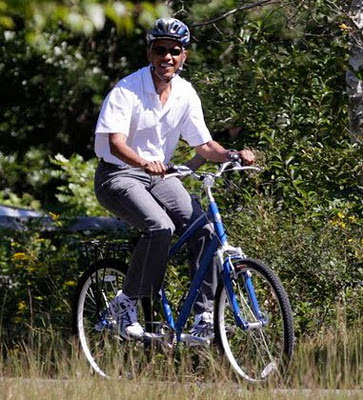 How about the others who are vying for president?

Ron Paul (my favorite candidate in many respects... but I digress) recently had his photo - riding a bike - on the Drudge Report. So he, too, can at least keep the bike upright (while riding with one hand!), but his quadriceps don't give the impression he's "king of the mountain." 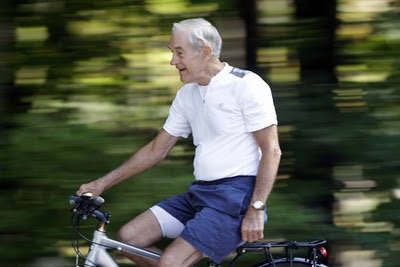 I found a photo of Mitt Romney riding a bike - many years ago in a previous life as a Mormon missionary. And once you learn to ride a bike, you never forget... right? 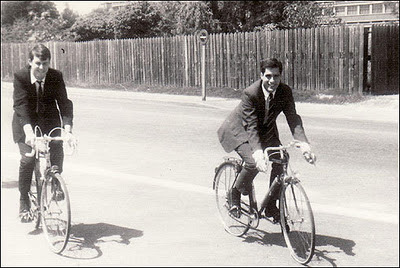 (That's Mitt on the right... the one with the awesome hair!)

Regrettably, I can't find a photo of Michele Bachmann on a bike. And not too surprisingly, no photos of the Newtster on a bike, either. (haha!)
Posted by Bikeboy at 7:55 AM

It appears the bike that President Obama is riding is too small for him, or at least that the seat is too low.

Any word on how the COB hearing went yesterday? I couldn't make it but I hoped for the best.

Eventually most of the people like to ride bike. Even doctor also advised to ride bike at least 5km each day. Glad to see that Our president is also exciting for bike rides.